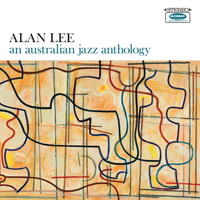 There are few Australian originals in jazz, though vibraphonist Alan Lee surely ranks alongside the best. Australian jazz is and always will be an interpretation of the American art form, but throughout his long career Lee has ploughed his furrow undaunted, ‘What I want is the fire! Whether it’s John Coltrane’s Blues Minor from Africa Brass or Backwater Blues by Leadbelly, I want the emotion, the gut wrenching pain, the cry from within!’

These are uninhibited words. A musician and bandleader who cut a number of jazz sides for small independent Melbourne labels from the early 1960s to the mid-1970s, Lee has always searched for this fire, evident in the broad styles he’s covered throughout his career, and which we have attempted to explore here, the first and only collection of music from Alan Lee. From ’60s soul jazz, to the deep modal sounds of the early ’70s and cross-genre experiments exhibited in his chamber jazz, Lee’s personal life has been as varied and explorative as his music, a journey that has taken him beyond the thresholds of jazz improvisation and spiritual awareness.

The tracks that feature on this anthology were recorded by various incarnations of Lee’s band and are taken from across three albums recorded between 1973 and 1974. These albums represent the sole output in LP format that can be credited to Lee as band leader, and all are collectors’ items in their own right. The deep modal version of Love Song and Freddie Hubbard’s perennial spiritual jazz standard Little Sunflower are both taken from the self-titled LP ‘Alan Lee Jazz Quartet’. The album ‘Gallery Concerts 1973′, which was recorded for Bruce Clarke’s jazz sub-label Cumquat Records, provides us with a fierce electric-jazz version of Igor Stravinsky’s The Rite Of Spring: Dance Of The Adolescents plus the plaintive chamber jazz of John Lewis’ Sketch as well two tracks featuring vocalist Jeannie Lewis; Bachianas Brasileiras No.5 and the beautiful Bailero in which Lee exchanges the vibraphone for the conductors role in presiding over a jazz trio accompanied by a seven piece concert ensemble. Completing this compendium is a track taken from the 1974 follow-up recording for Jazznote, the album titled ‘The Smilor’; included is a cover of the Milt Jackson-penned Enchanted Lady.

What you are hearing on this album is the story of one man’s travels, a journey within a foreign art form but also a journey within himself. Illustrated in the stories Lee shares, such as his correspondence with fellow vibraphone player Gary Burton on how to achieve advanced extended techniques for the vibraphone (resulting in pages of technical diagrams) or travelling across the US to purchase an original 1940s Deagan Imperial Vibraphone from the Chicago Symphony Orchestra ‘Just to get that Milt Jackson sound’. There are moments of deep introspection and intellect in Lee’s playing, emotional music that contains and shares a common spiritual oneness, seeking the thrill he experienced after first listening to Lionel Hampton and the Benny Goodman Quartet. ‘The emotion, the gut wrenching pain, the cry from within.’