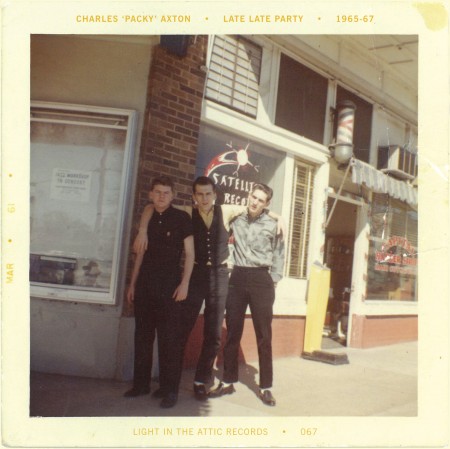 In the vast netherworld of soul there are countless characters that reside on the fringe, their significant contributions to American music history long forgotten. Born in Memphis, Tennessee, tenor saxophone player and bandleader Charles ‘Packy’ Axton is yet another of the uncelebrated, despite a deep pedigree and funky catalogue of notable grooves. Part of the mighty Stax family through birth—Packy’s mother Estelle Axton and uncle Jim Stewart founded the southern R&B dynasty in the early 1960’s—Packy picked up the sax at a young age, and after linking with future Booker T. & the M.G.’s Steve Cropper and Donald ‘Duck’ Dunn, formed the The Mar-Keys. Almost reaching the top of the R&B and pop charts in 1961 with the classic “Last Night,” friction caused by Packy’s party going ways caused a split. It wasn’t until 1965 that the wild child had another national instrumental hit on his hands, “Hole In The Wall” by the Packers, chronicled by Light In The Attic Records in the first ever anthology of Axton’s work.