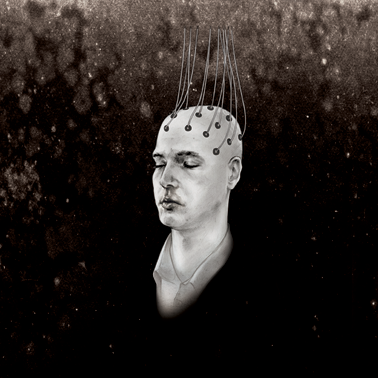 Finn Peters – Music Of The Mind

The title is to be taken literally. Multi-reedist Peters, a consistently adventurous presence on the UK scene for the past decade or so, returns with a project in which the application of neuroscience, specifically, the Brain Computer Interface software, enables him to “think music into being”. In other words, ideas equal sound. It’s an intriguing concept, especially given that jazz is, perhaps more than any other genre, the thinking man’s music, and certainly there’s a whole lot of cerebral shakin’ goin’ on among the likes of Cecil Taylor or Anthony Braxton, whose work has a decidedly scientific if not mathematical edge. So the big question here is what might Peters have in his head before it is channeled into his music, and is there a concrete sense of a real time connection between the two, of mind mapping sound in some way?