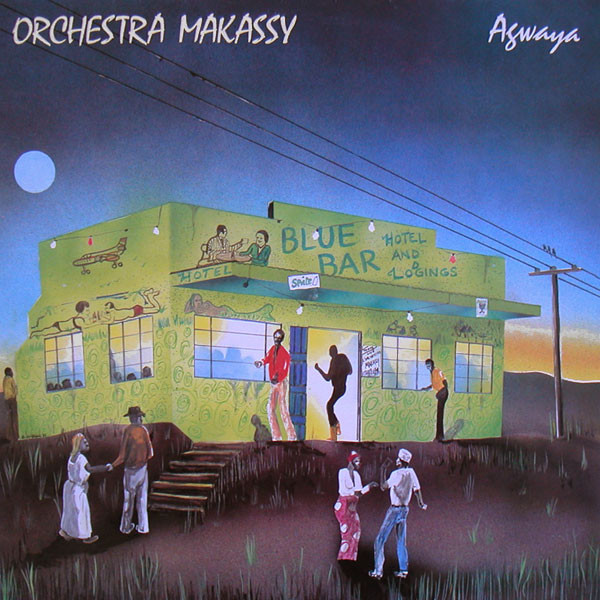 Orchestra Makassy was led by Kitenzogu “Mzee (elder)” Makassy who came from Kivu in Eastern Zaire. The band was formed in Kampala with Zairean and Ugandan musicians in 1975. They were driven out of Uganda by the regime of Idi Amin and made a life in Tanzania, at first as a cover band at the New Africa Hotel in Dar Es Salaam.
The group split up just after the recording of this only album.