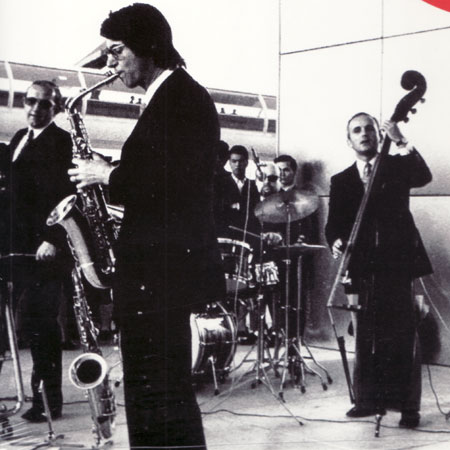 The Metronome Quintet – At The EXPO 70

The original EP “At The Expo 70” was recorded in 1970 by the Metronome Quintet after their returning from Japan in a Zurich studio. The very rare vinyl single, released in short run on the EMI/ Columbia label, contains three specific compositions as part of a concert programme, which was performed in the EXPO-Hall in Osaka/ Japan on April 24, 1970, at the occasion of the official Swiss Day. Only briefly, the three tracks were available for the music fan on record, banished to a rare slice and widely unknown in the collective musical memory. Finally the aficionados and collectors brought it up again over the years and bestowed this record a legendary reputation to this day. At the time the Japanese audience was delighted of timeless and cleverly arranged Modern and Modal Jazz by the quintet, as it has been only performed back then and is impossible to find today. The combo played at the height of her artistic abilities with a highly spiritual component, in this case inspired by Far Eastern sounds and melodies of traditional Japanese folk music. Without doubt, these recordings belong to the best repertory of the “Jazz Meets the World“ movement of the 1960s, which opened Jazz in the direction of world music in many European countries.