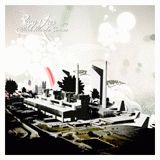 Words like ìlegendaryî and ìclassicî are all too easily bandied around in these days of hype-r inflation, but in this case of Justin Ingleton (aka Bigg Jus) and the Black Mamba sessions theyíre probably justified.

Bigg Jus was a central member of the late 90s underground hip hop leaders Company Flow, a band that almost singlehandedly torched the pretensions of the likes of Puff Daddy, launched Rawkus and, for a brief moment, promised the dawning of a genuine new era of creativity in hip hop. After the groupís dissolution he went on to help set up the highly rated but short-lived Sub Verse Records and moved to Atlanta to establish their southern outpost.