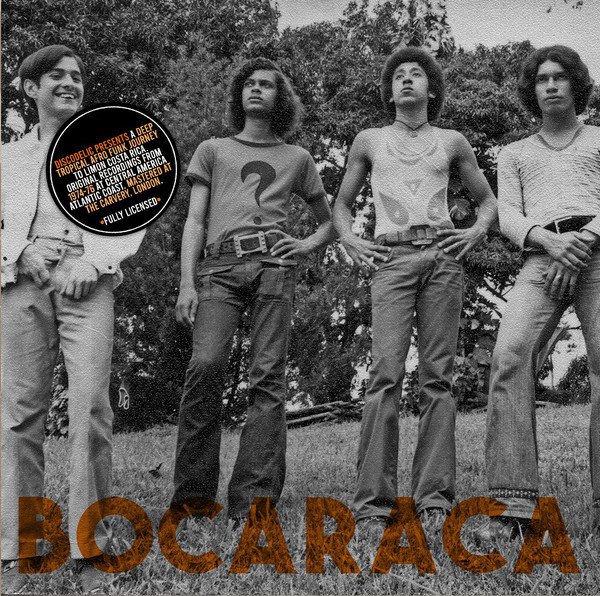 Discodelic present its second release in a series of exclusive 45rpm records. From the caribbean coast of Costa Rica, the province of Limón, the town of Cahuita, we present you the incredible BOCARACÁ!

Bocaracá is without a doubt a gem from the caribbean Central America, a spectacular concoction of psychedelia with afro latin rythms. Curated by Isidor Asch and Luis Jákamo, two restless limonenses who have been on the path of discovering their latin musical roots since childhood, while also experimenting with soul and Rock in their own compositions. Together and on their own, they have written a big chunk of the history of Soul in Costa Rica with their subsequent outstanding groups: Marfil, Grupo Stop and Manantial.

The reissue of this historic material was originally recorded between 1973 and 1974 in Audio Centro, a recording facility in San José. It’s a priceless and important document, a window to what was happening with music in the largely abandoned and forgotten province of Limón, where a musical revolution was cooking in the early 70’s, and where Bocaracá where the cornerstone.