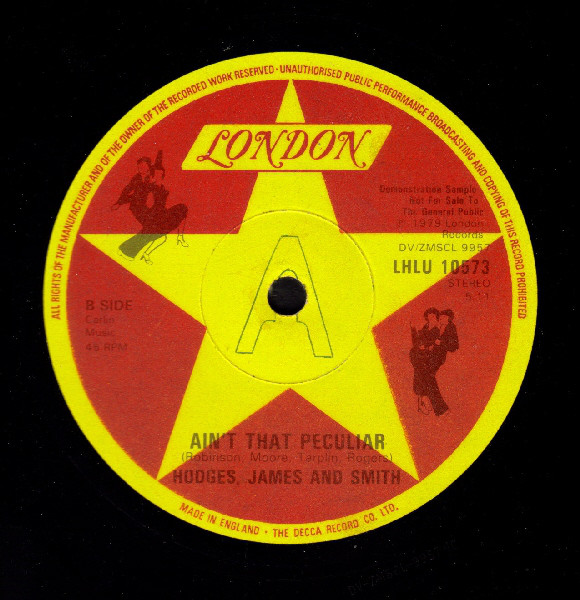 Hodges, James And Smith – Dancing In The Street / Ain’t That Peculiar

Hodges, James & Smith was an American soul trio and a brainchild of Motown producer William Stevenson. They were intended to rival The Supremes, but never reached those dizzying heights.