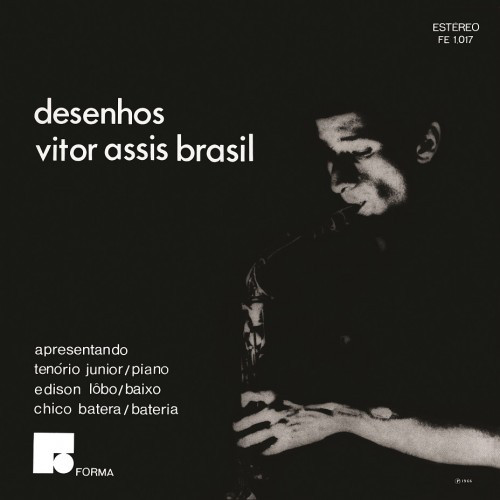 This is the incredibly rare and Coltrane influenced debut of Brazilian sax great Victor Assis Brasil (1945-1981) for the cult label Forma, of Roberto Quartin. Vitor Assis Brasil lead this session on January 11th 1966 with his quartet which featured the legendary pianist Tenório Jr. plus double-bassist Edison Lôbo and drummer Chico Batera.

Victor Assis Brasil was the best Brazilian jazzman of his generation, having been praised by international critics. Vitor Brasil showed early evidence of talent for music, excelling at the harmonica and the drums. In 1961, at age 16, he was presented with an alto saxophone. In 1965, while already a professional, Brasil recorded his first album, Desenhos, consolidating his pioneering role as a Brazilian jazz musician. He studied at Berklee College of Music and later taught improvisation technique in Brazil.

Victor was a mature 19 years old at this session.