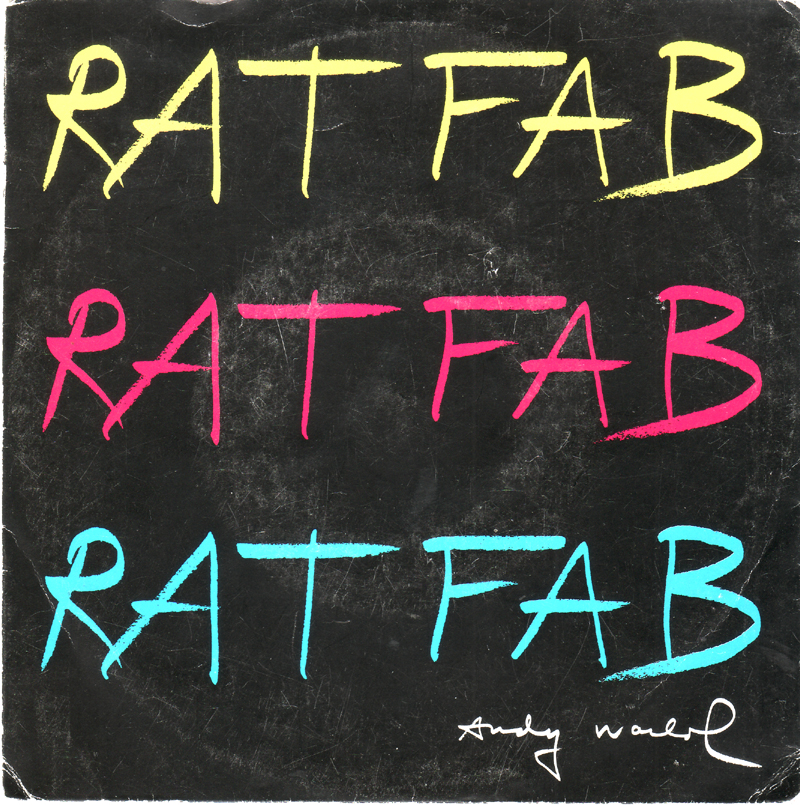 Famously Andy Warhol has designed albums covers for Velvet Underground and Rolling Stones. However, little known is this album cover he designed for Swedish band, Ratfab.
The story goes: Calle Häggqvist, the bass player in the band, Roland and the Flying Albatros Band (RATFAB) had a very interesting grandfather who would do work with Salvador Dali, Hemmigway et al. Each year he would sell a painting from his collection to finance a trip somewhere with his grandson, Calle. The time came when he was to go to New York and meet Andy Warhol at The Factory. When the band members caught wind that Calle was to meet Andy they insisted on having a logo designed for them..Andy Warhol, for this rare record cover, has written the band’s name in pastel and signed underneath.

The sleeve is fully intact, however has some ringwear and fraying to the corners as per the photo (fair).