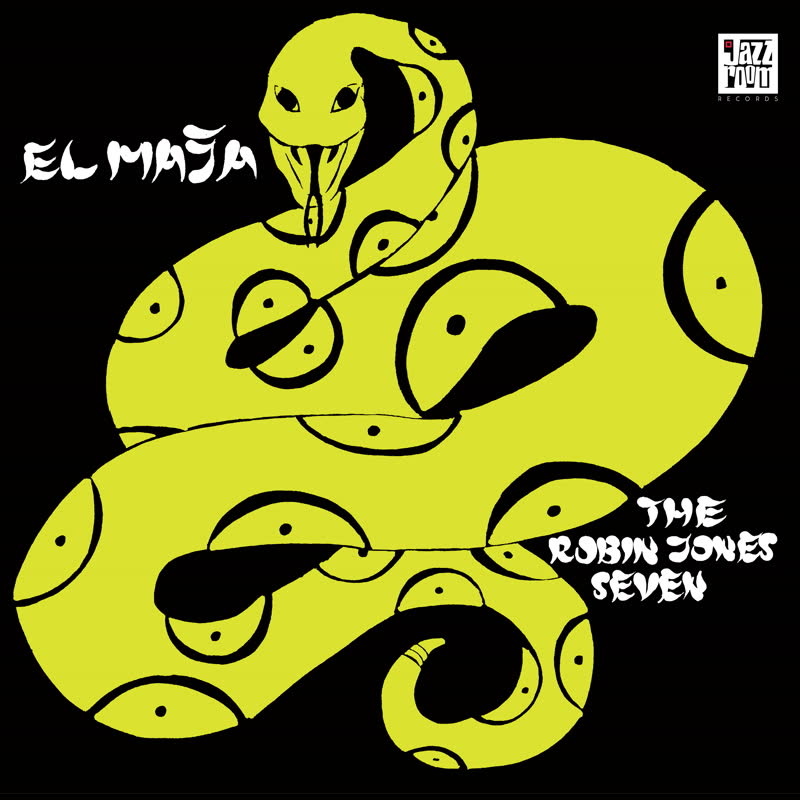 Back in stock.
London, England: Early 1970’s. The airwaves ruled by a mixture of Novelty Pop and Glam by day, Progressive Rock by night. Down at the Disco every night finishes with Jeff Beck’s “Hi Ho Silver Lining” if you’re lucky, all 11 minutes of “Freebird” if you’re not.

Not the best time to release an uncompromising and highly creative foray into Latin Jazz territory. The Robin Jones Seven “El Maja” unsurprisingly falls into that limbo known as “between the cracks”.

Cue a decade later, it’s the beginning of the 1980’s, a tough decade with tough dancefloors. Two-tone, Punk, Funk, Northern Soul and some Heavy, Heavy Dub. And Jazz, Jazz For dancing, Jazz for cutting up your mates with your moves, Combat Jazz. One of the essential tools for any aspiring Jazz DJ was this re-discovery; a dig from the dustiest part of the basement piece of wax that’s just chock full of Latin Jazz Burners!

Back in the night of the day there was only one store that had a decent supply of these must have treasures: Fusions Records run by DJ Paul Murphy. “They came into the stock room and as fast as I could put them on the shelves they were snapped up.”

With originals now going for a wallet busting $400 (and up!) Jazz Room Records are pleased to make this long lost classic available once more.

A groundbreaking album, “El Maja” was released by The Robin Jones Seven in 1972.