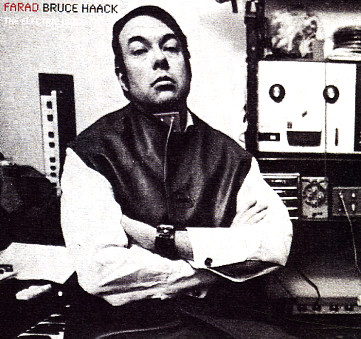 Farad: The Electric Voice specifically focuses on tracks using Haack’s self-made vocoder, which he named “Farad.” This was the one of the first truly musical vocoders, and first to be used on a pop album, pre-dating Kraftwerk’s Autobahn by several years.

The album includes out of print and un-released tracks accessed though negotiations with Haack’s estate. “We are excited by the thought of working with labels such as Stones Throw to see what happens when their selective audiences discover Bruce,” says Bruce Haack Estate director Philip Anagnos, who also designed this album’s artwork. “The estate is also very fond of the art of remixing and is intrigued by the notion that popular artists such as Kanye West and Thom Yorke may very well be on their way to discovering Haack for the first time.”