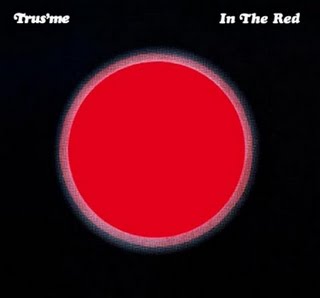 Fat City Recordings and Prime Numbers present the much-anticipated album “In The Red” by Trus’me. Since the release of his blistering seminal debut “Working Nights” in 2007, Mancunian wunderkind Trus’me has been doing just that, both dj’ing in the best clubs around the world and putting in plenty of late night studio sessions alongside some heavyweight talent. The result has been a rapturous dancefloor response to his eclectic dj sets, an impressive roll call of quality remixes (inc LCD Soundsystem, Amp Fiddler & Dabrye) and not least the production of his long-awaited second album “In The Red”.

“Working Nights” is regularly held up as “one of the finest deep house and disco albums to come out of the U.K in years”, but this was just the beginning of the Trusme sound. Since then he has become increasingly adept and inventive at taking on the sound system roots of reggae, soul, and disco, blending them with house and techno, to create a hypnotically radical sound. In comparison to his debut album on “In The Red” Trus’me has collaborated with several vocalists and musicians. The album is undoubtedly more accomplished leading to an organic, unabridged feel to the production and a more song based approach.

Trus’me has certainly raised the bar attracting some real key players to appear on “In The Red”. Dam-Funk, Stones Throw recording artist and L.A.’s rising star of the nu-boogie scene collaborates on a low slung interpretation of the WasNotWas disco epic “Wheel Me Out”. Also on board is the jazzy Detroit innovator Amp Fiddler who features on two tracks including a bass & rhodes heavy cover of Bill Withers bittersweet classic “Can We Pretend”. Paul Randolph, Jazzanova’s current front-man, provides vocals for a house’d up version of West Phillips’ boogie favourite “Sucker for a Pretty Face” and Mahogani Music’s longtime collaboartor Pirahnahead lends his vocal skills to the title track “In the Red”. Over the last two years Trus’me has also been pioneering with the label Prime Numbers, releasing a series of highly regarded and collectable EPs from integral artists such as Linkwood, Fudge Fingas, Move D, Actress & Reggie Dokes. Over the last two years Prime Numbers and Trus’me have found fans and devotess far and wide and this fantastic album looks to continue the trend.