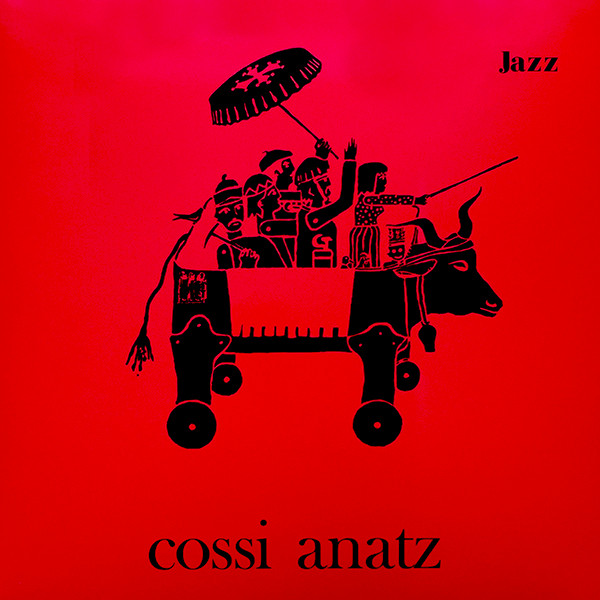 The Legendary album finally gets the reissue treatment courtesy of Diggers Digest, Paris.

Trumpet in one hand, hat in the other, Michel Marre went out to meet the music of the world, from Rajasthan to Romania, Ethiopia to Italy, Haiti to Greece. For quite some time, he’s been bringing back fresh ideas to build an original repertoire, without forsaking the state of mind of his Averyon origins. He keeps exploring new frontiers in jazz, where the future of the genre lies. This nomad musician created his own open formula, constantly listening to what others have to say. It’s the genesis of this trip that this disk invites us to witness, sessions from the heart of the 70s, where all was still possible. Let’s rewind.

How did it all start?

I was just back from three years in Africa, and that leaves a mark, as you can guess. I had also just worked in Tunisia, where I had launched a completely crazy free jazz band. And then, picture it, I arrive home in Montpellier, where the situation hasn’t gotten any better – Franco an hour and a half away by car, Vietnam War, the post-68 problematics, with all that ensued, as we know…We picked culture. We were already marginalized, so decided to open a jazz club in Montpellier, which worked out pretty well. That’s how I met François Tusques who we adored, and who straight away invited me to join the Intercommunual Free Dance Music Orchestra. It was a pretty well done mix of music from Brittany, afro-beat, open jazz…and even my own catalan roots. It was like a fuck you to all the current nationalist trends, and for me, my roots being in Aveyron, it was an opportunity to mix, to interconnect everything, in an inventive way. That meant not closing any doors in between different music types – that meant just playing. And it was possible, because the musicians were there to make it happen : Christian Lavigne, completely out there and so creative on a keyboard; the percussionist Lahcen Hilali, no technique whatsoever but such an amazing tempo; doublebass Michel Benita, a solid base we could count on; Jean-Marc Padovani from Nîme, the up and coming saxophonist; my brother Claude, who still played and was the glue that held all together, just with bits and pieces….And above all, the drummer René Nan, just back from his Parisian trip, very crazy and cabaret, who enabled us to have a solid rhythm base from the get-go. He was such a big help for me, because he had both the creative openness and the knowledge of the afro, West Indies, 6/8 rhythms. René also knew the music from the neighborhood. He was always happy to play with bagpipe players. He has a real life, rustic feel to him, 100% original. This was the whole base on which I wrote music, something very oral, spoken. I took the great themes that were swirling around in my head, like Orientalism, Africa, Occitania as I understand it, meaning non nationalist. The « Sarahoui » theme for instance, mirrors the hours I spent in maghrebi parties.

So there was the influence of free, which dynamited and dynamised all the jazz from that period…

I was going the other way around, upstream. To start with, I was a classic piano player, then I did cornet when I was sixteen. I started with New Orleans, with the Hot Peppers in Marseille, where I was studying…And then, after a while, you discover the limits, maybe just because the milieu itself doesn’t let you look elsewhere. Then, some time after, I discovered Coltrane in Djibouti, in a sailor’s den with quite an incredible collection of records, Clifford Brown, Dizzy, Freddie Hubbard…The more I learned, the further I travelled, the more I felt I was waking up, a great big bang in my head. Free jazz, from the start, was like an immense opening, an new way to let off steam. It was a music that enabled you to take all the risks, to look for your own sound, and even more so, find the orchestra sound. The real one! In this shared kitchen, it’s all about the big reveal, and finding your own thing.

Don Cherry was a guide for you…

Yes, like Lester Bowie. I was lucky enough to play with Don in the early 80s, when the saxophonist Doudou Gouirand introduced me. I remember one session with him – we were rehearsing his music, and he came in, not even playing, but the whole music became amazing! Just with him being physically there! In the times of Cossi Anatz, I was deeply moved by his Old and New Dreams quartet, that was the similarity with New Orleans. At the same time, it blew everything up. Was an oxygen shot! One must never forget, just playing some notes, but the right ones, on a rudimentary blues – it’s still probably the hardest thing to do in jazz.

When you explore the music from your homeland, or more broadly from the Mediterranean area, is it a way for you to find your blues in its « original version »?


Of course. But to do this, you need to work authentically on your « local region », flee the simplistic music, just a bit jazzy, just commercial enough. I never liked « world music », that nice, tepid thing. When I work with Indians in Rajasthan, it’s to write new things. When I work on the bourrée repertoire, I do not want to make a simple carbon copy, or produce some solos on a traditional rhythm. No. Improvisation is not reserved to jazz, and it took me some time to really understand that.

Jazz still is and remains a very good gateway to discovering other music to be able to talk to and with them, in all their differences…


The jazz you speak of is above all a story of attitude. The possibility of that meeting taking place – it’s permitting yourself to let go of a certain number of things. Through the other, you put yourself in question. What’s the point of playing bob phrases on an Indian rhythm? It’s all about going further – music is about melody and rhythms, but it’s above all a spiritual quest. If you listen to Louis Armstrong, you feel that obvious link to Africa. And it’s so beautifully precise. It’s no surprise Miles loved him so.

The deep rooting in tradition is essential, and that was the case of the musicians who stayed in « Occitania » for instance…


That goes without saying, and you only need to go to the bals with viols, bagpipes and accordions to realize that. The bourrée, is transe, rotation, the divine, the spirituality. It’s not folklore! You can play on that, you can.

How was your new music formation perceived, welcomed?


One part of the traditional jazz audience couldn’t stand it, and some really enjoyed it. We didn’t play half-heartedly but with all we had and I think if you really listened to the music, you can hear we’re not on any sectarian positions: we could go on long improv trips, but also keep to the melody, to the swing. Germany loved us, but the audience there was more open. The more « traditional » part was also circumspect.

Speaking of which, there’s this short theme, translated like « Magali tells you to go to hell »


A real snubbing of the folk-traditional way. Magali is a first name you find in many themes in Provence, and that person tells you to get lost. It was a reference to the quartette d’Ornette with Don.

Ornette clearly comes from blues. The best way to honour tradition is to modify it, right?


The danger in folk is to kill the spirit that lives in this music. In Bulgaria, I saw concerts, in the woods, in the middle of nowhere, with accordions, ocarina, naval flute, that sounded like amazing free jazz buffs.


Cossi Anatz meant « How are you? ». Who were you talking to with this one?


It’s from Aveyron, an occitan language so close to Latin. My father was the headmaster, spoke it perfectly and as soon as we arrived in our mountains, he would only speak that, with a very musical accent. Cossi Anatz was really the expression used when you arrived at somebody’s place, something I heard so many times when I was a kid. I though it sounded good, and it was a way to provoque the Parisian establishment. Not the creative and multiple Paris I love, but what’s left of the jacobine capital, that has developed a certain conceit towards the province, the Paris of domination.

Have you done any more records since?


No, we were « delirium-anarchists », we lived very marginally, we didn’t care about leaving any trace. This record, it’s Tusques that asked for it, we recorded it in a MJC, with a shitty sound and two microphones, in real time. One afternoon.

Forty years after, how do you explain the interest of young music fans, who weren’t born when all that happened?


I have to admit I was very surprised by this request in the beginning. And then I listened to those tapes again : it’s true there’s a good deal of music there, at the bottom of that pan, something like energy, something wild, that you don’t find really, any more, currently. There is a feeling, and emotional charge that you can clearly hear. The fact that we work from the basic form of the quintet, but then subvert it, and that our first theme hails Coltrane, but at the same time, is half from Andalousia – all that was us playing jazz, but on our own terms.