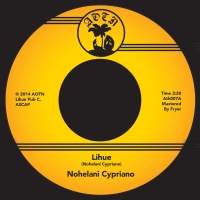 ATHENS OF THE NORTH

One of the biggest re-issues of 2014 is finally back in stock, again!

Taken from her uber rare self-titled debut LP released on HanaOla Records, Hawaii in 1979 (Ms. Cypriano only every recorded 2 albums). Big Harvey/ Marbo record back in the ’90s!