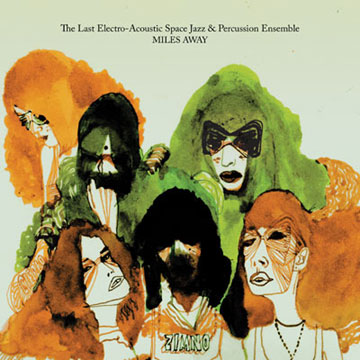 .Miles Away is the latest in releases to evolve from producer & arranger Madlib\’s first jazz releases with the group Yesterdays New Quintet.

As Yesterdays New Quintet dissolved in 2007 the collective was expanded under the name “Yesterdays Universe,” out which The Last Electro-Acoustic Space Jazz & Percussion Ensemble became the first to release music with Summer Suite (Stones Throw, 2007).

Miles Away is a jazz fusion album, produced & arranged by Madlib, which has been tweaked and revised for over two years when it was first announced. Look for more of Madlib\’s Yesterdays Universe releases to follow in 2010.