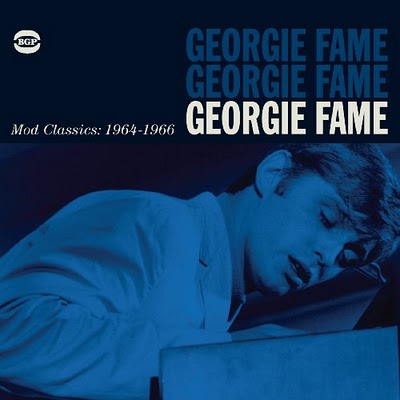 Georgie Fame, the Flamingo All-nighter, mods and GIs. These are the things that dreams are made of. Whilst a mid sixties Rod Stewart might have claimed that it was his ambition to sing with Count Basie, it was Georgie who actually did it. And whilst the Who and the Small Faces had a legion of moddy boy fans in the middle of the decade, it was Georgie who was championed by the Soho ace faces a couple of years earlier. Although the Fame monicker was the invention of Larry Parnes, it was the erstwhile Clive Powell who made it his own by taking a Jon Hendricks jazz song to the top of the UK jazz charts in 1964. Georgie had the hippest musical credentials and the ability to take jazz, soul and R&B to the top of the pop charts without compromising or selling out. Polydor Records has a wonderful “Beat Classics” compilation available that covers Georgie’s biggest hits so we have devised our “Mod Classics” as an alternative view with only a little crossover with that release. We take in the period between early 1964 and late 1966 when Georgie’s records appeared on Columbia Records and he was backed on record by either the Blue Flames or the cream of the UK’s jazz musicians in the Harry South Big Band.