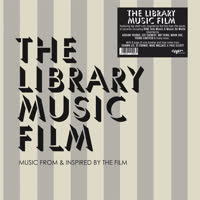 The Library Music Film – Music From And Inspired By The Film

In the ’90s the huge underground and overground success of sample based music: Hip-Hop, Trip-Hop, D&B, Nu-Jazz et al, library records by the much sought after: Standard Music Library, Peer International, Bosworth, KPM, Chappell, De Wolfe, Bruton, Studio G etc became the go to for beats and pieces. Here in Europe no self respecting producer with an MPC, SP 1200 or W30 would have been without a slew of these records to call on for samples and soundscapes.

20 years on and the prices for some of these albums are now astronomcal, let’s not even get started on the French, Italian, Swedish, Russian, Polish and Belgian library records.

Whilst we wait for a host of KPM reissues; Legere Records releases this compilation for Shawn Lee’s “The Library Music Film” and it’s a peach.