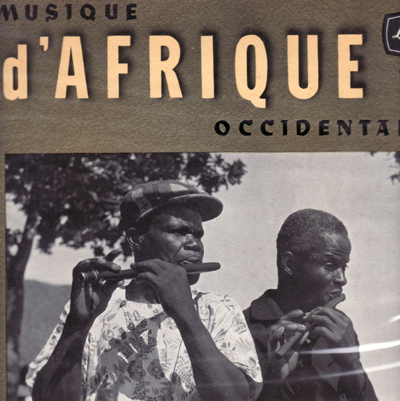 Obscure music from Guinea and the Ivory Coast.

1st press green label, manufactured in the UK for London Records International series.
This obscure 1st edition is noted for not only having a different sleeve but also released a year earlier then attributed.

Rouget a French ethnomusicologist founded in 1947 the recording studio at Musee de l’Homme where he also established a label to publish on records the field recordings collected by scientists from their missions from abroad, later to be known as Collection du Centre National de la Recherche Scientifique et du Musée de l’Homme.