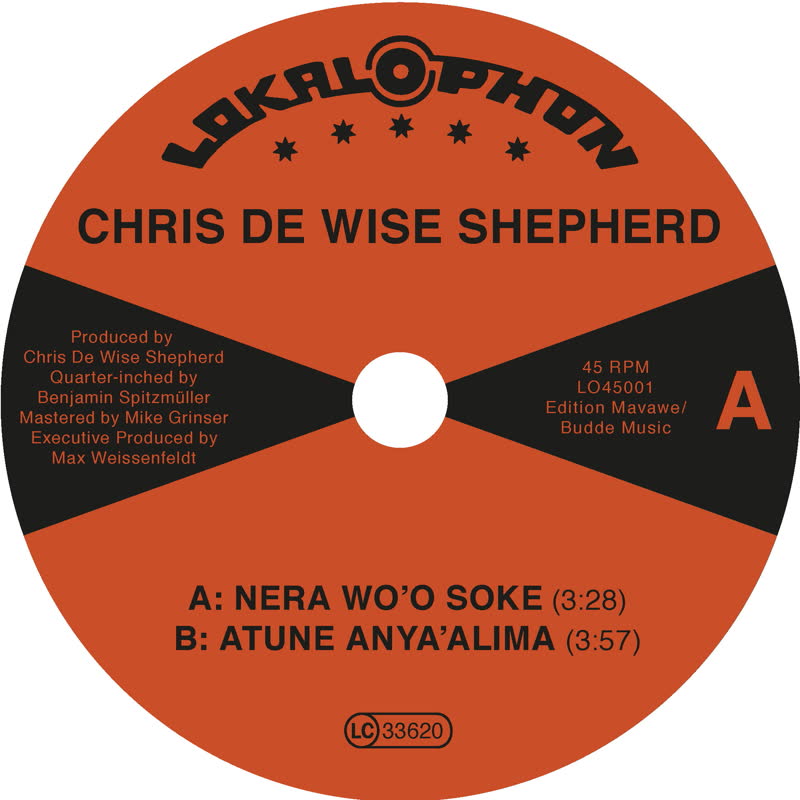 Lokalophon is the newly established sub-label of Philophon, which is designed to release local specialities from potentially all around the world. The first 7″ is by Ghanaian Frafra-Gospel singer Chris De Wise Shepherd.

Born in Bolgatanga, he moved as a young man from the rural north of Ghana to its coastal capital Accra. Consequentially, his style became more urban. That you can clearly hear on his 2012 release Nera Wo’o Soke, which sounds in some ways as if Grandmaster Flash himself were operating the production knobs. Atune Anya’alima on the other hand is pure Frafra-Gospel as it is usually performed in Northern Ghana.