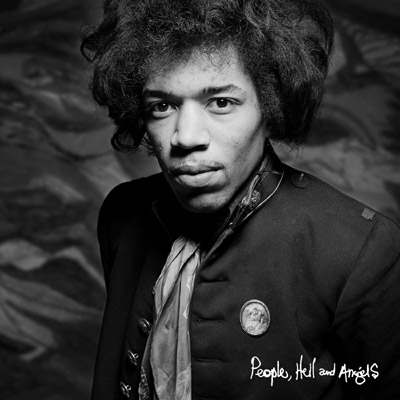 dble gatefold vinyl, is FINALLY back in stock!

Outside the view of a massive audience that had established the Experience as rock’s largest grossing concert act and simultaneously placed two of his albums together in the US Top 10 sales chart, Jimi was busy working behind the scenes to craft his next musical statement.

These twelve recordings encompass a variety of unique sounds and styles incorporating many of the elements—horns, keyboards, percussion and second guitar—Jimi wanted to incorporate within his new music. People Hell & Angels presents some of the finest Jimi Hendrix guitar work ever issued and provides a compelling window into his growth as a songwriter, musician and producer.