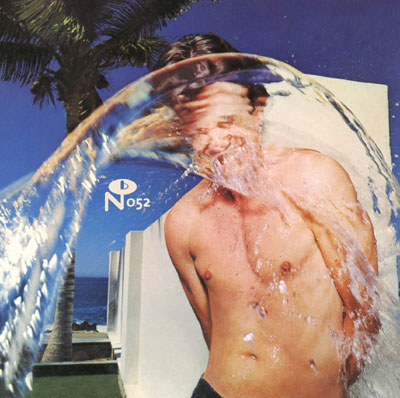 With no less than a mansion, a state beach, and a three-mile stretch of road bearing his fabled family’s name, Ned Doheny easy-glided into the 1970s on a crest of wealth and privilege. Signposting Ned’s sojourn through the LA recording industry were Jackson Browne, Glenn Frey, Don Henley, Chaka Khan, Graham Nash, “Mama” Cass Elliot, Bonnie Raitt, and David Geffen—each a household name both inside and far from southern California. And while no bust of Ned Doheny appears alongside those of his Laurel Canyon brethren in the pantheon of classic rock, it’s due to no lack of songwriting or recording chops.

After Doheny and his buddy Jackson Browne were expelled from Elektra’s failed recording ranch, he and his Nudie-decked Canyon cohorts would go on to form the bedrock of Geffen’s Asylum label. But while his peers were looking east to Bakersfield for inspiration, Ned was applying skills foraged under the tutelage of classical guitar god Frederick Noad and west coast post-bop jazzer Charles Lloyd. Rolling Stone called his self-titled 1973 debut, “a sort of Southern California Astral Weeks,” but that complimentary comparison brought few copies of the album to Tower on Sunset’s cashiers and Doheny was dropped unceremoniously.

Two of Ned’s most enduring compositions were written during his free agency. The tongue-in-cheek “Get It Up For Love” began as a rollicking folk number, only to be stretched out by the likes of David Cassidy, the Fabulous Rhinestones, Johnny Rivers, Tata Vega, and Ned himself on his sophomore album Hard Candy. Also appearing on the Steve Cropper-produced album was “A Love Of Your Own,” co-written with Average White Band’s Hamish Stuart, and covered over the coming years by the Ebonys, Melissa Manchester, Millie Jackson, and AWB. Despite featuring a who’s who of California heavyweights, including David Foster, JD Souther, Don Henley, Glenn Frey, Linda Ronstadt, HB Barnum, and the entire horn section for Tower of Power, the 1976 album was no match for Columbia’s real blue eyed priority Boz Scaggs, whose “Lowdown” battleship blew Ned’s cutter out of the water. His last taste of American chart success would come in 1981 via “What Cha’ Gonna Do For Me,” another cowrite with Stuart that Chaka Khan took to the top of the charts.