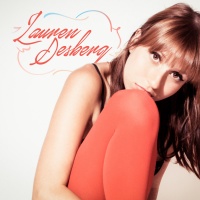 Born in Los Angeles to a musical family, Lauren Desberg has been living and breathing music since day one. Desberg discovered her love of jazz at the Los Angeles County High School for the Arts (LACHSA) where she honed her vocal skills. While attending LACHSA, Desberg was selected to participate in several programs including the Gibson-Baldwin Grammy Jazz Ensembles and the Brubeck Summer Jazz Colony.

Needless to say, this bright young talent has been wowing audiences with her vocal prowess from an early age. Long before she was old enough to actually go to a bar, she had performed at some of the most renowned jazz venues in Los Angeles including Catalina Bar and Grill, The Jazz Bakery, and Vitello’s, not to mention The Monterey Jazz Festival and the Playboy Jazz Festival.

Desberg attended Berklee College of Music in Boston on scholarship and graduated in 2012. While at Berklee, Desberg won the ASCAP Foundation’s Leiber and Stoller Music Award. She sang with the Beantown Swing Orchestra and participated in numerous Berklee events and ensembles.

Award-winning jazz & world music vocalist Gretchen Parlato has been a mentor of Desberg’s since she was a teenager. Desberg took voice lessons from Parlato throughout LACHSA to her time at Berklee and, after encouragement from fellow musicians, she approached Parlato about producing a demo which eventually became her 5-track EP, ‘Sideways’.

Sideways features jazz heavyweights including Dayna Stephens on tenor sax and Taylor Eigsti on piano – both collaborators of Parlato’s – Josh Crumbly on bass (Terence Blanchard), Chris Smith on bass (Jeff ‘Tain’ Watts), and Corey Fonville on drums (Christian Scott, Nicholas Payton). Parlato herself makes a special appearance in a duet with Desberg on ‘You Go To My Head’.

Following in the footsteps of Robert Glasper and Jose James in bringing jazz back to the forefront of contemporary music, the Harlem-based vocalist manages to simultaneously pay homage to traditional jazz while maintaining a gorgeously organic feel in fresh takes on standards by jazz greats such as Grover Washington and Herbie Hancock. “I wanted to do something where jazz meets pop with a modern day sound,” 22-year old Desberg says. “A friend showed me ‘Come Running to Me’ in my first semester at Berklee. It’s from Herbie Hancock’s ‘Sunlight’ album (1978). I was obsessed with the song for 2 months.” Desberg’s widespread influences also include the likes of Melody Gardot, Frank Ocean, and The Carpenters.