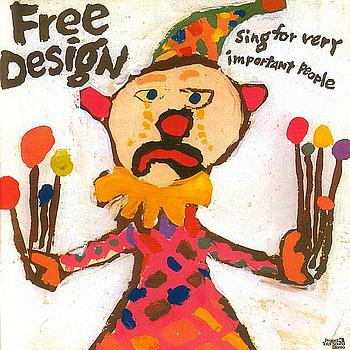 “Sing For Very Important People” is something of a children’s album, replete with songs about cowboys, Sesame Street, familiar Free Design pastimes of kites, bubbles and even a short lullaby at the end. According to Bruce Dedrick (who would leave the band following this record), the album was partially inspired by Mary Travers becoming a mother (she of big folk-pop players Peter, Paul & Mary)– if that seems twee, just remember Belle & Sebastian named themselves after a French kid’s show. If the message matters to you, you might find yourself balking at the total lack of irony or edge. Yet, as on “Children’s Waltz” and “Lullaby”, the wave of pastel, hymnal harmonies are hard to deny on aesthetic grounds. About half the record contains previously released songs, which could take steam out of its impact for fans (or collectors), but even then, songs like “Kites Are Fun” and “Bubbles” are some of the best the band ever produced.