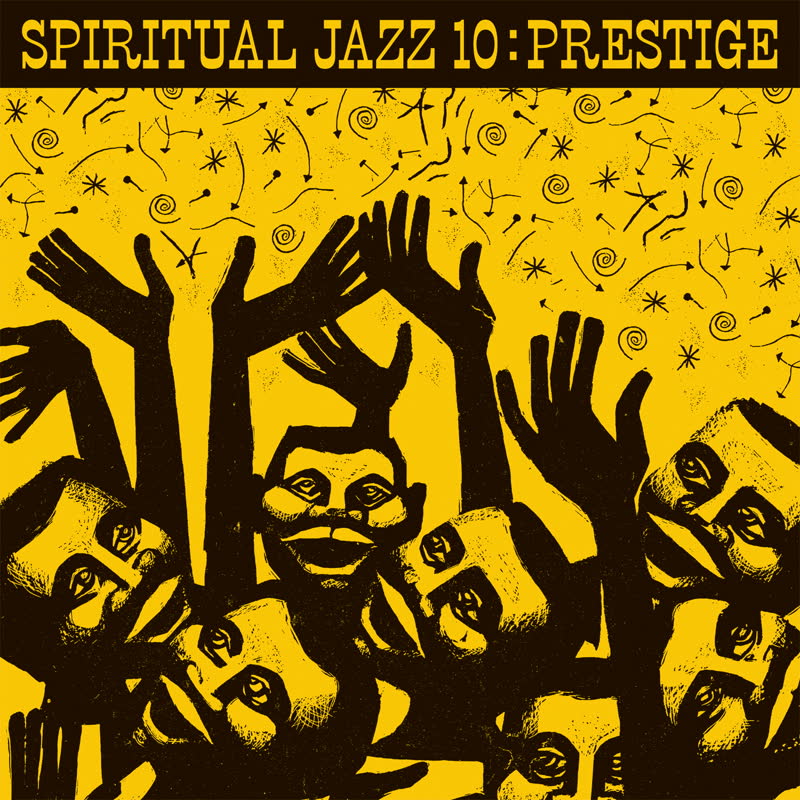 Volume 10: this time it’s all about the phenomenal Prestige record label.


‘Esoteric, modal and deep jazz from Prestige Records, 1961-73’
The tenth edition of the Spiritual Jazz series takes a closer look at the music Prestige was recording at the start of the 1960s. This was the period when the modal jazz sound pioneered by Miles and Coltrane was starting to percolate through the jazz underground.

In its heyday, Prestige was the only jazz label that could hold a candle to Blue Note. Prestige was always quick off the mark to record new artists, and in the years after ‘Kind of Blue’ the label was quick to release some of the most innovative early explorers of the new style.

Founded as New Jazz in 1949 by 20-year old jazz fan and entrepreneur Bob Weinstock, Prestige was the only other imprint besides Blue Note to capture the iconic jazz sounds of the 1950s, and like its rival it grew to be an icon itself.

If Blue Note documented the sound of hard bop in its most carefully crafted and beautifully presented form, the low-key, jam-session approach that Weinstock preferred meant that the music captured by Prestige has a tough, unfiltered energy that was a lot closer to way it was being played live, night after night, by New York’s most prominent jazz musicians.