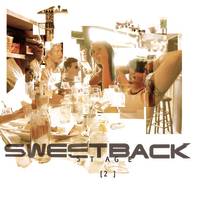 The long-awaited second album from Sweetback — a group that was originally known for their backing work behind Sade, but who have really come into their own with this set! The album’s overflowing with warm vocals from the lovely Aya — sliding into the mix to meet the laidback and jazzy rhythms of the group — and the set also features occasional vocals from Ivana Santilli, Ladybug Mecca, Byron Stingly, and Chocolate Genius.