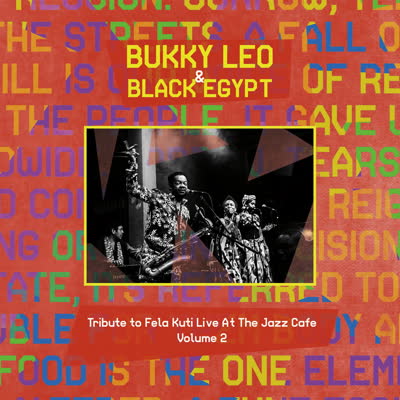 Bukky’s impeccable credentials unfold early on when as a child prodigy saxophonist he was taken under the wing of Tony Allen – legendary drummer and founder of the afrobeat genre (now better known for his work with The Gorrillaz and Damon Albarn), going on to play with Tony’s ‘Mighty Irokos’ band. Next stop was London to become one of the forerunners in the Acid Jazz scene, signed by the newly formed Acid Jazz label with his first release “Rejoice In Righteousness” going straight to No 1 in the Rn’B, Dance and Jazz charts and which is now held up as one of the definitive cuts of the era. Bukky’s follow-up album “River Nile” led to a nomination at the US African Music Awards in New York.