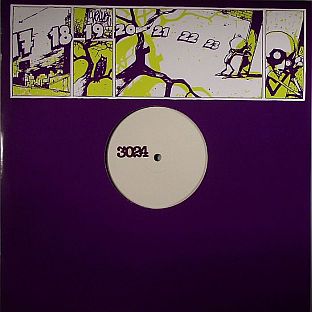 Repressing of the first 3024 Martyn release.

Dutch producer Martyn cut his teeth on Marcus Intalax’s Revolve:r/Soul:r imprints as a straight up drum n bass artist, but slowly he has evolved out on a limb to be one of dubstep’s more interesting prospects. This is Martyn’s debut single on his own 3024 label, following on from his blistering ‘Broken’ 12-inch on Revolve:r.

The two cuts here might not crack the same humid punch as ‘Broken’ and its B-side ‘Shadowcasting’; instead they show another side of Martyn’s sound in progress. As its title suggests, ‘Velvet’ is smoother and more luxurious than his previous work, replacing snarling bass rips and curls for melodic terrains and real grooves. Cascading melodies open the track and playfully interweave into complicated, uplifting patterns, while the bottom end is almost tuba-like, holding steady beneath the melody while the snares build momentum. ‘Twenty Four’ is a more experimental cut, but it’s still compelling, with slowed down voices and droning waves of sound giving way to a dizzying spiral of dubbed riffs, shattered voices and crisp snares.

The key to both tracks is an equal measure of good sound and good composition—some of Martyn’s arrangements are the most involved in the business. As his own press statement says, what you are listening to is the “musical side of dubstep or the dubby side of techno”. Couple this with some label art by influential street artist Erosie and you cant go wrong. Recommended.